Who takes a baby to a museum?!

Sitting in one's living room, perfecting one's ass print in the sofa from morning til night can be fantastically uplifting and energizing yes, but some days I have loftier ambitions.
As a new mom, there are days when I am debilitated by the simple task of leaving the house... with the baby, of course.
This past week, I found myself watching "The View"... again. A terrible confession, I know. But that's not the worst bit. You see, amidst a particularly terrible interview, I looked down at my son who was sweetly cooing from his tummy-time mat on the floor. He was watching the glowing TV in front of him. Riveted by "The View."
"Dear God," I thought. "I HAVE to get out of here!"
I summoned up what energy I had deep in the recesses of my sleep-deprived soul and went to the Royal Ontario Museum, knowing that admission was free that afternoon. You might think that taking a baby to a museum is ridiculous, but I had to do something to negate the obviously damaging effects of bad morning TV programming.

Here's a little photo blog of how it went: 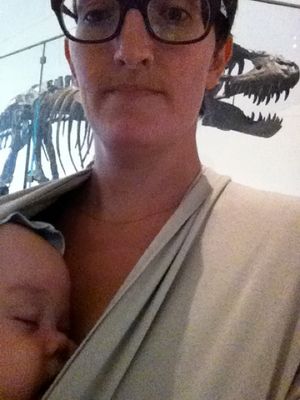 The first exhibit we went for was the dinosaurs.
As you can see, my son is terrified and excited by billions of years of history in bones and fossils.
Good thing admission was free. 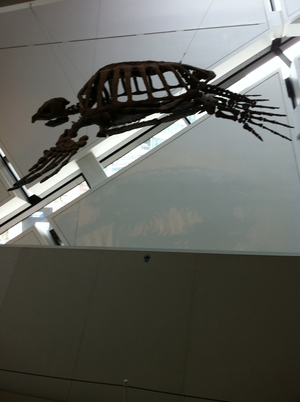 I call this one Franklin: Jazz Hands-osaurus. Because I couldn't be arsed to read the actual sign in Latin. 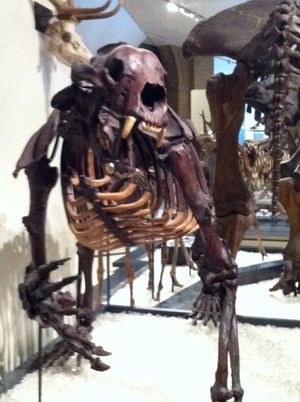 Short-nosed Bear. Absolutely terrifying. I saw a program on Discovery about these. They're only extinct because their prey died out. Yikes.
This is nightmare fodder for me for months. I already have a million irrational fears about regular bears. Thanks a lot, history. 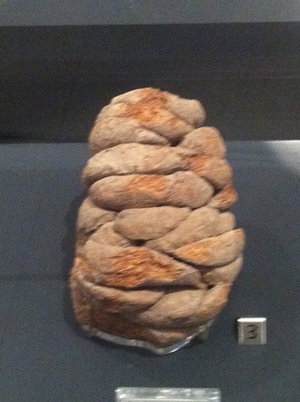 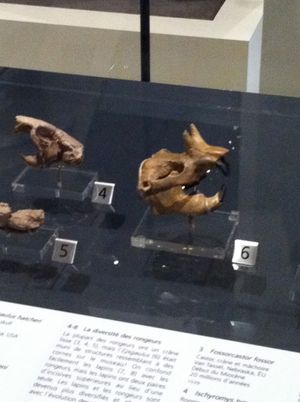 A frickin' rat with frickin' horns.
Another reason for me to berate the mechanics on my street corner for leaving their garbage out all the time.
See?! See what happens, jerks?! Rhino rats will mess you up! 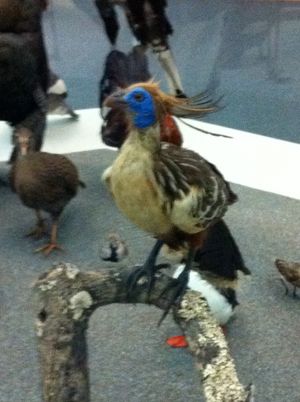 Looks pretty fake.
Can you ask to see a manager in a museum, cause I demand some proof that this "bird" isn't just a composite of feathers and plasticine. 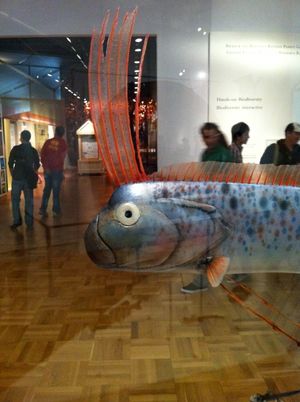 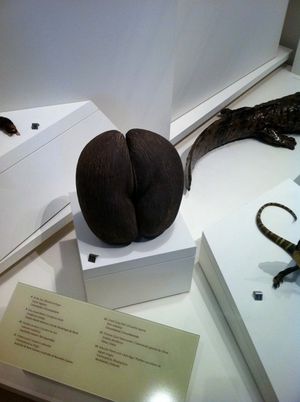 It's a coconut. But look... It's like a butt.
(Just a reminder that I've been without adult company... all day.) 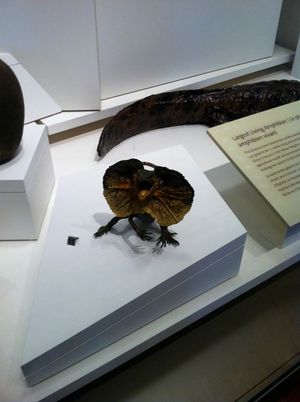 There are so many possible hilarious captions for this.
But in all honesty, the only thing I could think about was how there's no way it died in this position, so someone had to mold and glaze a floppy and/or crispy little dead lizard into this ferocious and somewhat comical position. RRRRaaaaaGGGGGHHHHHHH! 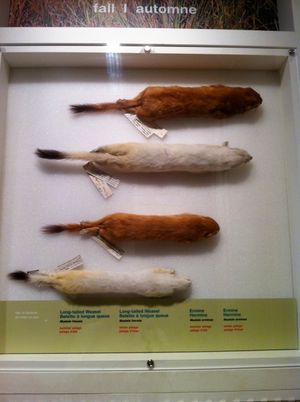 I don't know why this weirded me out, but it did. Looks like they're a carnival game. Freeze-dried weasel racing.
I'd bet on the second from the bottom. He's the dark horse for sure. 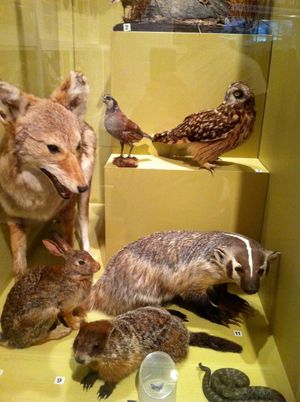 I think the animals that aren't that coyote better say their prayers... because some mean-spirited curator stuck them in a case with a hungry predator.
Unless this is an "Incredible Journey" type thing. In which case, it's nice that they have each other. 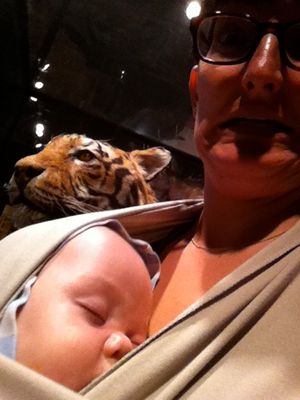 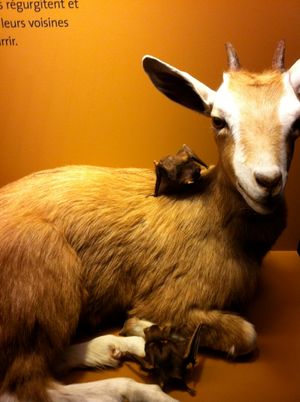 This used to always freak me out. Vampire bats, sucking on a goat.
The bat cave in the ROM might be new and revamped but they've saved this creepy thing from the days of old. 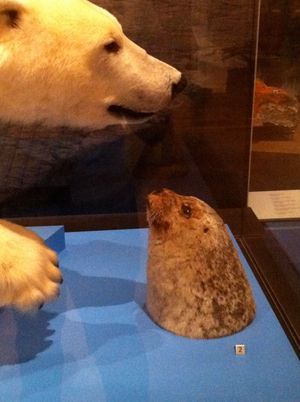 I know this is supposed to be a clever seal-head-sticking-out-of-the-water thing, but I kept wondering what they did with the rest of the seal.
I imagine the seal's bottom half's been mounted on the staff lunch room wall and is being used as a towel rack and bottle opener. 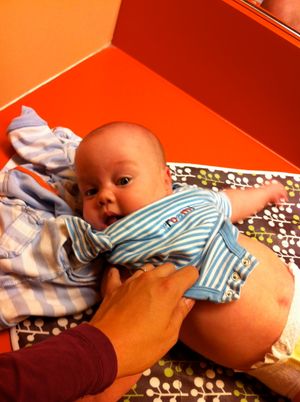 The most intriguing of museum creatures. He woke up, demanded to be fed and promptly pooped up his back and all over his clothing.
Thank Zeus I brought the extra onesie.

We pretty much cut it short soon after that.
The visit, that is.